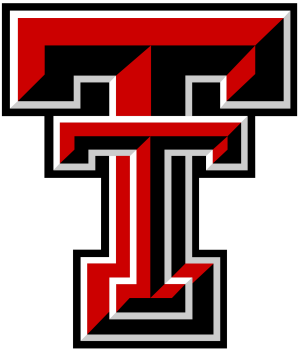 Tony Tillman Green, age 70, of Nolanville, Texas, passed away on Sunday, January 15, 2023. Tony was born to Violet Engelke Green and Tillman Thomas Green on September 25, 1952 in Seguin, Texas, where he was raised with his sisters Judy and Carolyn.

He was a graduate of Seguin High School and Texas Tech University.  He married the love of his life, Jayne Jeter Green, on December 31, 1998.

Tony was an outstanding two sport athlete who graduated from Seguin High School in 1971. While in high school, he lettered two years in football and achieved numerous honors including All-District and All-Centex safety during his junior year, and All-District and All-Centex for both quarterback and safety his senior year. After graduation, Tony attended Texas Tech University on a football scholarship where he was a three-year letterman and a two-year starter at safety. His collegiate awards included being named All-SWC safety and Tech’s outstanding defensive player in 1975.  He also had the honor of playing in both the Blue-Gray Game and the Coaches All-American Game. After graduating from Tech with a business degree, Tony was drafted by the Atlanta Falcons. Since his notorious football career, he has been the owner of his own business for many years. First living in Austin, and at the time of his passing, lived in Nolanville with his wife Jayne.

Tony was an avid sports enthusiast and excelled at any sport in which he participated.  He loved his family and was a devoted husband and the epitome of a loving, caring and protective father to his beloved daughters, Rachel and Audrey. He was a true friend, and his presence and legacy will live on forever in the hearts of those who were truly blessed to know him. This world is a much better place because he lived and loved us all.  He was known as “Mean Tony Green” on the football field. However, those who loved and knew him best will remember his laugh and his kind and gentle spirit.  God’s speed, “Señor Tony.”

Tony was preceded in death by his parents, Violet and Tillman Green, his sister, Carolyn Green Buck and her husband, Ron “Butch” Buck.

He is survived by his wife of 24 years, Jayne Jeter Green, and two daughters, Rachel Danielle Green of Dallas, and Audrey Marguerite Green of Lubbock.  He is also survived by his sister, Judy Green Mueller (David) of Marion, Texas, and many nieces, nephews, cousins and the extended Green family, as well as the entire Jeter Family who all admired, loved and adored him.

A Visitation and Memorial will be held on Saturday, January 21, 2023. The visitation will begin at 2:00 p.m. immediately followed by the memorial service at 3:00 p.m. at The Country Church, in Marion, Texas.

In lieu of flowers, please donate to the Red Raider Club Excellence Fund (806-742-1196) or charity of your choice.


Video is available for this event