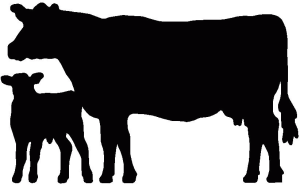 Thomas Edward Lewis, known to friends and family as Tom, Tommy, or Pawpaw, died peacefully in his home surrounded by family on August 2, 2021. Born April 10, 1947, in Henderson, Texas, to Velma and William Lewis, he moved to San Antonio at the age of two where he would later graduate from Harlandale High School in 1965. Soon after high school, he enlisted in the U.S. Marines. Upon his return, he met the love of his life, Patsy. They were married February 20, 1971 and celebrated their 50th wedding anniversary earlier this year. Tom and Patsy would later move to Seguin where they dreamed of living in the country and starting a family.

In 1972, shortly after their move to the country, Tom started raising purebred Charolais cattle, a passion he later grew into a business. In 1989, they would start growing turkeys and later chickens. Known as “Patsy’s Turkey Farm”, Tom would work his fulltime job at AT&T, come home in the evenings and help with the farm, then work through the weekends. Tom retired after 31 years of working for Western Electric and AT&T, but continued raising poultry and cattle on his ranches in Seguin, Aquilla and Belmont.

To only say Tom was a man of many talents would be a vast understatement: a cattleman, welder, builder, designer, carpenter, electrician, plumber, painter, mechanic, and businessman, were just a few of his fortes. Tom never called any project finished unless it was done to perfection. Even after his cancer diagnosis in 2018, and right up until his passing, Tom continued to work on his farms and tend to his cattle. Anyone who spent time with him could tell you he was the most honest, decent and hardest working man they ever knew. They certainly didn’t come any tougher than Tom.

A loving husband, father, Pawpaw, mentor, and teacher, Tom will always be remembered by his immeasurable strength and love.

Tom’s legacy will live on in the lives of his loved ones, in the lessons he taught them and in the example he set for them. May God rest his good soul.

To send flowers to the family or plant a tree in memory of Thomas Edward Lewis, please visit our floral store.