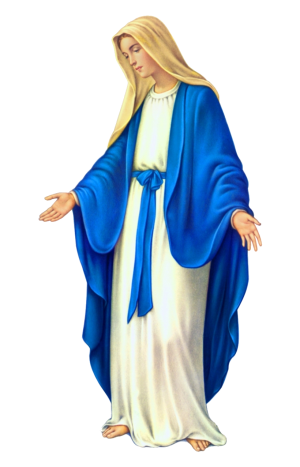 Of all the many metaphors for life, one of the most enduring is the metaphor of life as a quilt. Put together piece by piece, a quilt, using ordinary materials, creates a whole that is greater than the sum of its parts. And in the end, it tells a beautiful story.

Quilting was one of Pita’s favorite past times. She lovingly and meticulously created quilts large and small for family members and church ministries. Her love of sewing and quilting began when she and her husband, Alfred, were raising two young daughters while living in married student housing at UT. At that time Alfred surprised her with a sewing machine. She had never sewn before but found she would now have to learn.

For many years, Pita quilted by machine. Later in life she quilted by hand because she could no longer use a sewing machine. Many people admired her precise hand stitching and declared that it was remarkable for a person of age 89. Pita believed that God had preserved the use of her eyes and hands so that she could remain in service to Him. She continued quilting for her family and Sewing Ministry until the final weeks of her life.

The quilt that would become the story of Pita’s life began to be stitched in Austin, Texas upon her birth in 1932. She was the third oldest in a family of seven children. Pita dearly loved all her brothers and sisters and would ultimately be the final surviving sibling.

The pieces of Pita’s quilt of life became more colorful and unique with a fateful blind date in Austin. The date was with a handsome, UT college student from Seguin, Texas named Alfred Castilla, and would result in a wonderfully gratifying 55-year marriage. Early married life consisted of Pita and Alfred raising two, young children while Alfred completed his pharmacy studies at the University of Texas. Together they achieved the dream of owning their own pharmacy, named AC City Pharmacy, in downtown Austin. Pita served as part-time bookkeeper for the duration of the business, while juggling the responsibilities of raising seven children. She kept a timer close by at the pharmacy to remind her when to pick up the children at school.

Pita’s children represented the most cherished and distinctive patches on her quilt of life. Her long and fruitful marriage would bear eight children. Anyone who knew Pita would see that the love and devotion she had for her children was profound. She would state with great pride that she was the mother of seven living children who still spoke to her! The seven children would be raised in Austin and briefly in Laredo. She would never forget her beloved stillborn baby named Bridgit, with whom she has now been reunited.

The threads that connected the large and boisterous Castilla family were the important values instilled in the children by Pita and Alfred. The teachings that Pita and Alfred considered the most important were loving and supporting one another and loving God above all else. These precepts were also the guiding principles in Pita’s lifelong pursuit of volunteer service. She was active in numerous Catholic parishes and served in various volunteer capacities such as RCIA, Eucharistic ministries, Pre-Cana marriage preparation for engaged couples, and was a lector. She volunteered for community service at Habitat for Humanity and the Guadalupe County Public Library in Seguin. When she moved to New Braunfels in 2019, she became active in various ministries at Sts. Peter and Paul Catholic Church including the Thrift Store, Rosary Guild and Sewing Ministry.

There were many extraordinary experiences that helped to create the beautiful pieces and patterns of Pita’s quilt of life. Marrying the love of her life, giving birth to eight children, owning a business, and building a dream home for retirement in Seguin were the most significant experiences of her life. Visiting the Vatican in 2018 and attending a Papal Mass with her family was also a highlight. The three-generation family trip to the Vatican was the fulfillment of a lifelong dream for her.

Pita’s many different passions created texture and soul to her quilt of life. She loved reading and learning and valued education. In her retirement years she enrolled in college at Texas State University and took several courses. Her love of learning never lapsed. Shortly before her passing, Pita and her daughter, Cookie, read aloud together the book, “My Grandfather’s Son,” a memoir by Supreme Court Justice Clarence Thomas. Until the end of her life she would remain interested in the politics of the day.

Pita was also an avid animal lover. She fed the neighborhood cats and wanted to protect animals who were left outdoors. In 2013 she adopted her beloved Itsy Bitsy, a tabby cat from the Seguin Humane Society. She would often say that she lived with Itsy Bitsy, not the other way around. Itsy Bitsy provided much needed comfort and companionship when Pita moved to assisted living and in the final days of her life.

On March 24, 2022, Pita celebrated her 90th birthday with many family members and friends at Oak Tree Assisted Living in New Braunfels, where she resided. Then on March 30th her physical life on earth ended and the beautiful story that was the quilt of her life was finally completed.

Now her new life begins in the glorious presence of God!!

Pita was preceded in death by her husband, Alfred, infant daughter, Bridgit, and grandson, Christopher Glade.

She is survived by seven children and their spouses, Barbara and Corbin Wilson, Beverly and John Glade, Belinda and Stan Sherfy, Bernice “Cookie” and Charles Wallace, Suzanne and Ernest Castilla, Edmond Castilla and Bettina and Rob Meyer. She is also survived by five grandchildren, Ashley Whitty, Andrew and Brianna Sherfy, and Callie and Carson Meyer and six great grandchildren, Caroline, Claire and James Patrick Whitty, Delaney and Evelyn Sherfy and Jaxson Buhl.

The family wishes to give special thanks to Dr. Suzanne Castilla, daughter-in-law, who faithfully and tirelessly helped monitor Pita’s medical care for many years and ensured she received the best care possible. The family also wishes to acknowledge Bobbie Thomas, N.P., Eileen Fitzgerald, Steve Canales, Angie Ruiz, Mary Grace Duncan and the entire staff of Oak Tree Assisted Living and Gloria Riojas for their dedicated and compassionate care. These people blessed Pita’s life in countless ways. And to Rev. Ralainirina Francois Rakotovoavy, MSF of Holy Family Catholic Church, New Braunfels, Texas the family wishes to extend sincere appreciation for the special attention he gave Pita during her recent hospitalizations and illness.

The family also wishes to acknowledge Brother Dunstan Robidoux, OSB of St. Anselm’s Abbey, Washington, D.C. for his loyalty and devotion to Pita. She loved Brother Dunstan as an adopted son. He provided spiritual guidance and support during the most difficult periods of her life and was present for family celebrations including her 90th birthday and the family trip to Rome, where he co-celebrated a Memorial Mass for Alfred in St. Peter’s Basilica. Brother Dunstan was at Pita’s bedside at the time that God called her to Him, prayerfully providing her with love and peace as always. Thank you, dear Brother.

To send flowers to the family or plant a tree in memory of Felipa "Pita" (Cantu) Castilla, please visit our floral store.