Home Page
Music by the O'Neill Brothers
Share a memory 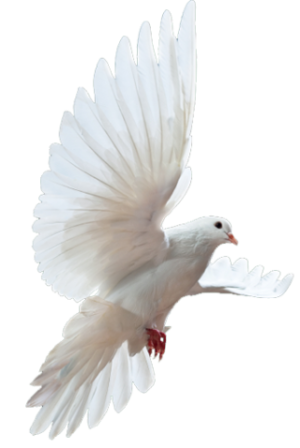 Carmen Nay, age 89, went to be with her Lord and Savior on September 2, 2022. She passed away peacefully in her home in Seguin, Texas. She was born on October 25, 1932 in Runge, Texas. She was the daughter of Thomas and Jael Dominguez.

She is survived by her son, Van Howard; granddaughter Nikki Nay of Austin, Texas; and granddaughter Tirzah Biddinger of North Vernon, Indiana. She has two great-grandchildren, Charlie and Anna Biddinger and son-in-law, Chris Biddinger; she has two brothers Antonio Dominguez of Salem ,Oregon and Joe Dominguez of Tawakoni, Texas. She was preceded in death by her husband Howard Nay, daughter Anna Smith, granddaughter Sally Childs and grandson Adam Childs, four sisters and two brothers.

Carmen was driven to leave her hometown of Floresville, Texas to see the world. She went to business school before being introduced to her sweetheart on May 1, 1954. They were married 10 days later. They were together until his death. She never remarried after he passed away in 1994.

She was a quiet, devoted housewife, supporting her husband, a 20 year Air Force veteran When her husband retired from the military and entered civilian life, she became the front person for their small, successful restaurant in Madison, Indiana. They took the novel idea of adding and introducing Mexican food to a small, southern Indiana town in 1972 and the business flourished. Her vibrant personality, earlier subdued as a housewife, emerged and she was loved by her customers.

Carmen had a passion for cooking, baking awesome cakes and collecting antiques. She enjoyed growing flowers in her garden and inspired her children and grandchildren to do the same. She loved being a grandmother to her grandchildren.

After the death of her husband, daughter and oldest granddaughter, she left the cold winters in Indiana and moved back to her home state of Texas. There she raised her youngest grandchild, Nikki.

She worked part-time for Wal-Mart in New Braunfels. She loved the people she worked with and the customers she served.

She will be terribly missed but knowing of her unquestionable faith in the Lord Jesus Christ, it is a comfort to know she is in a much better place.

A Memorial Tree was planted for Carmen